The Catalan artist Robert Llimós was the protagonist of a double exhibition, by which Fondazione Pastificio Cerere and Nando and Elsa Peretti Foundation, Delegació a Catalunya paid homage to his forty-year-long career: firstly, in Rome (March 15th - April 16th 2016), at Fondazione Pastificio Cerere and Spazio Cerere; later in Barcelona (June 8th - July 8th 2016), in the artist's atelier-home. The whole exhibition project, named VEURE, was curated by Marcello Smarrelli and the two locations were set up in cooperation with the architectural firm stARTT. This traveling exhibit allowed the audience to familiarize with Llimós' research and poetry.

The title VEURE, which means "to see" in Catalan, refers to an episode that left a permanent mark on Llimós' life: during a trip to Brazil, in 2009, his attention was caught by a strong glare coming from an object moving in the sky, a glimpse that nothing terrestrial could have released. The artist has devoted his work to representing what he saw in that moment ever since. The title also refers to a 1970 work of Llimós, the neon painting "Neo Veure", whose reproductions were exhibited in both locations.

Llimós presented more than 50 works -paintings, sculptures, engravings and drawings representing, in a nearly obsessive way, enigmatic melancholic creatures, coming from different galaxies, which are unsettling and familiar at the same time and seem to be constantly questioning us about the extraterrestrial life. The debate on alien existence concerns a topic that is both controversial and thrilling, since it involves our approach towards reality.

VEURE #1 The exhibition in Rome presented the latest works focused on the representation of those alien figures through paintings and sculptures. As a connection to the Spanish exhibition, a documentary mostly filmed in the artist's Barcelona atelier was projected at Fondazione Pastificio Cerere.

VEURE #2 The works were located in the artist's atelier-home in Barcelona and created a retrospective path extending till the city harbor where Llimós' most important public work, the "Miraestels" dreaming silouhette (2006), can be admired. The figure which is portrayed in this monumental sculpture looks upwards, so as to establish a contact with those aliens crowding the Rome exhibition.

The Nando Peretti Foundation, Delegació a Catalunya awarded a grant for these exhibitions. 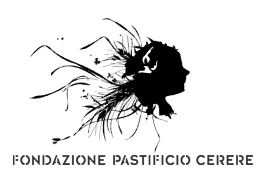 think global, act local
ABOUT US| CONTACT US| LOGIN| PRIVACY| LOGOS
you are here: Home  > Projects:  Cultural/Artistic or Europe  (or Both)  > 2015-002  > Project Description